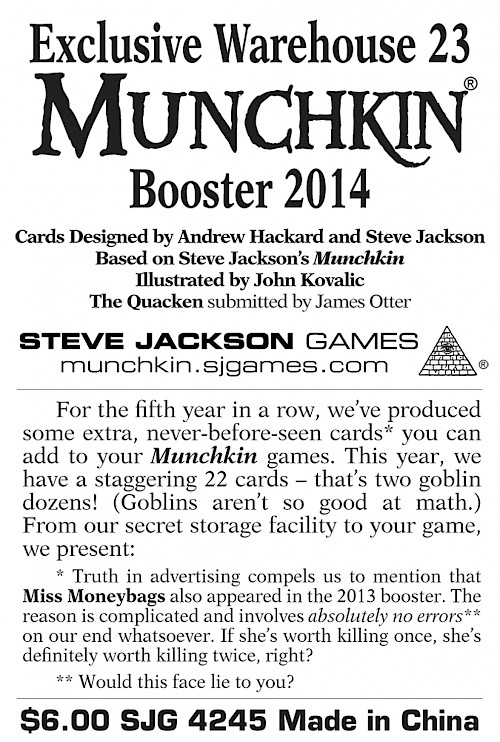 This set is out of print now, but you can find these cards in Munchkin Hidden Treasures.

For the fifth year in a row, we've produced some extra, never-before-seen cards* you can add to your Munchkin games. This year, we have a staggering 22 cards -- that's two goblin dozens! (Goblins aren't so good at math.) From our secret storage facility to your game, we present:

* Truth in advertising compels us to mention that Miss Moneybags also appeared in the 2013 booster. The reason is complicated and involves space-time warps, an especially blurry night at the government lab, and absolutely no errors** on our end whatsoever. If she's worth killing once, she's definitely worth killing twice, right?

** Would this face lie to you? 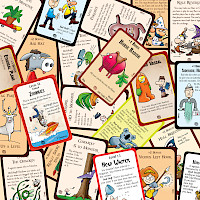 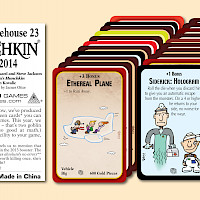