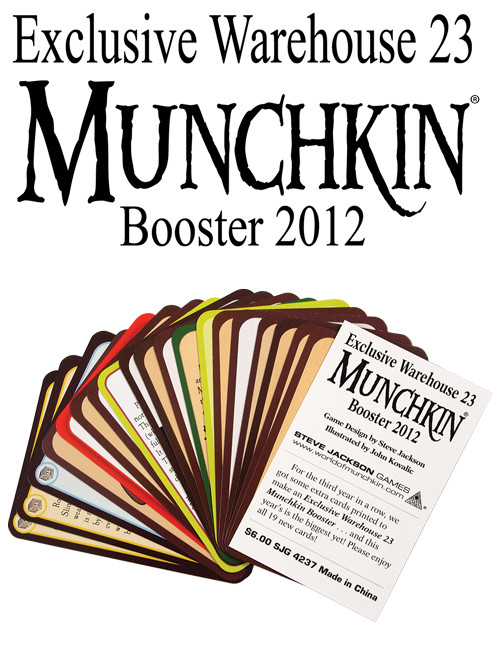 This set is out of print now, but you can find these cards (except for the Munchkin Quest cards, which are a different size) in Munchkin Hidden Treasures.

For the third year in a row, we got some extra cards printed up to make an Exclusive Warehouse 23 Munchkin Booster . . . and this year’s is the biggest yet! Please enjoy the following new cards: