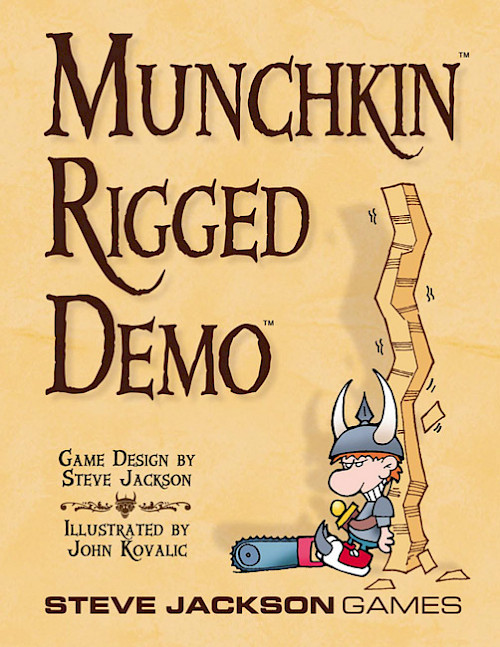 It starts with a special 17-card demonstration deck, drawn from the original Munchkin set, with the cards numbered so you can stack the deck and play out four scripted turns that show the basic Munchkin mechanics in just a couple of minutes. Instructions, dialogue, and stupid jokes are included. Or use your own stupid jokes.

Then you get 39 promo cards to give away to friends, customers, or total strangers. Four originally appeared in Munchkin Blender, but the versions here have standard Munchkin backs and new Kovalic art. The other one is brand new! Every munchkin will want them all. Will you be generous? Or will you demand tribute? Of course, you are a munchkin, so you will keep at least one of each for yourself, right?

The orignial Rigged Demo is out of print, but this PDF version of the Rigged Demo contains the demo cards and script (without the extra promo cards) if you want to use it to teach the game.