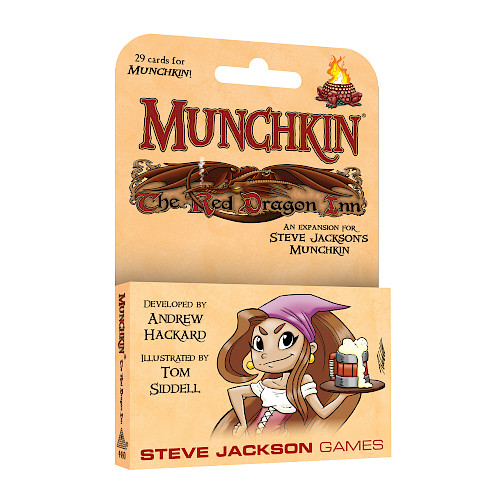 The worlds of Munchkin and The Red Dragon Inn have collided! Munchkin: The Red Dragon Inn is a 29-card expansion full of fantastic treasures, exotic drinks, and familiar foes adapted from the hit games published by SlugFest Games. It's illustrated by Tom Siddell, who has also drawn cards for the Munchkin Collectible Card Game and Munchkin Booty Guest Artist Edition. Find out what happens at the tavern after the dungeon is empty!

As a bonus, this includes a promo Prize card you can use in The Red Dragon Inn! 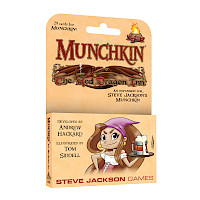 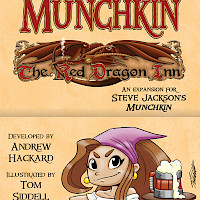 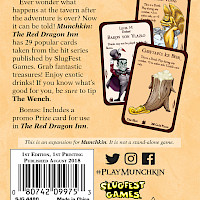