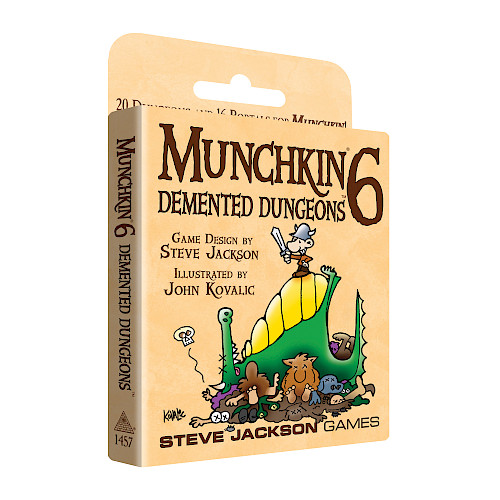 Now It's Really A Dungeon Crawl!

Demented Dungeons brings a new twist to Munchkin. Now you can enter the Dungeon of Elvish Excess, where everyone is an Elf. Or take a Portal to the Dungeon of Manga Wrangling, where tentacles are even more dangerous. Or power up in the Dungeon of Unexpected Epicness – although it's hardly "unexpected," given the name. Or all of them at once!

Each of the 20 double-sized Dungeon cards adds a new rule that affects the entire party, and maybe the monsters, too! Use the 16 Portal cards to jump from one Dungeon to the next in your search for gold and glory.

Munchkin 6 – Demented Dungeons is an expansion for the classic Munchkin set, and was designed by Steve Jackson and illustrated by John Kovalic. 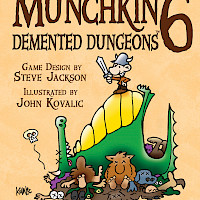 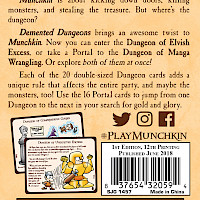 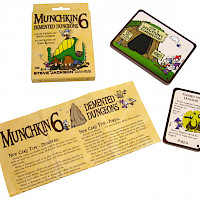 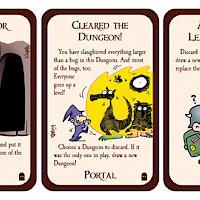 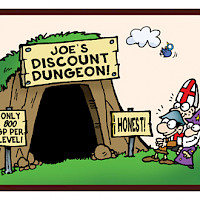 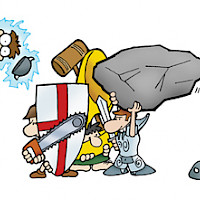 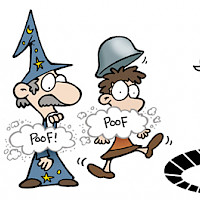