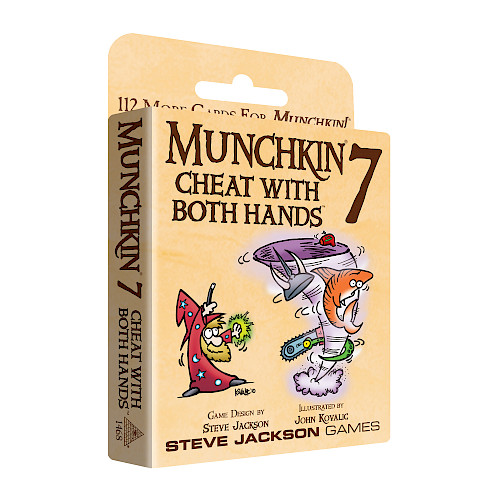 Munchkin 7 — Cheat With Both Hands

Admit it. You really like to combine all your Munchkin sets . . . the stupider things get, the better. Playing Star Munchkin Cthulhu Booty Zombies is really weird and really fun . . . but it can also slow things down.

There are a lot of ways we COULD have addressed this problem. But this is Munchkin, so the solution we chose was to create a lot of really overpowered new cards. Why be a Super Munchkin when you can be an Ultra Munchkin? If a Half-Breed isn't enough, you can be a 1/3-Breed. And if a single Cheat! card doesn't do it for you, you can Cheat With Both Hands!

There are also a lot more monster enhancers . . . and ITEM enhancers, too. There are several new low-level monsters to help you get those easy kills. Until somebody takes that Sock Puppet and turns it into the Ultra-Rare Extremely Sneaky Sock Puppet With Extra Cheese . . .

This is a supplement, not a stand-alone game. It is meant to be combined with two or more Munchkin games, with or without other supplements. 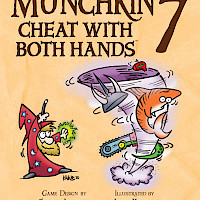 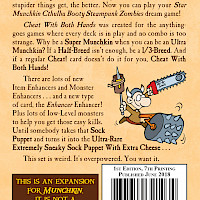 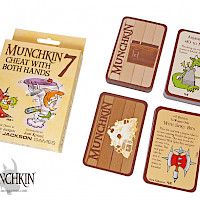