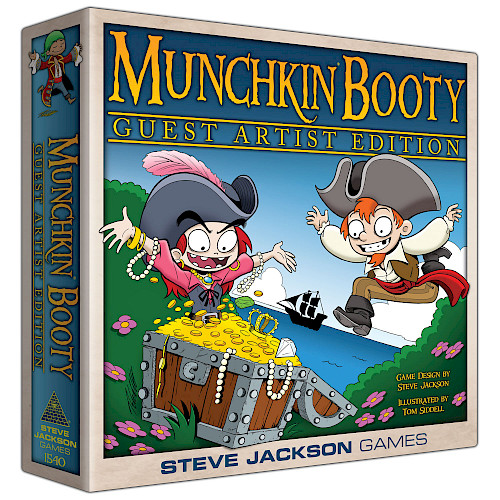 Munchkin Booty brings the greatest gold-grabbers in history – pirates! – to the world of Munchkin.

Will you become a Dutch-accented Merchant wearing a Captain's Coat? Or perhaps a French-accented Pirate powered by Grog?

Commandeer a Galleon or a Longship, and equip it with a Crow's Nest or a Figurehead. Grab a Cutlass or a Cutlad. Beat up Redbeard, Blackbeard, and Nobeard. Fight off Viking Kittens and the Lobster Mobster. And make your buddies walk the plant!

This special Guest Artist Edition of Munchkin Booty is illustrated by Tom Siddell, best known for his webcomic Gunnerkrigg Court. 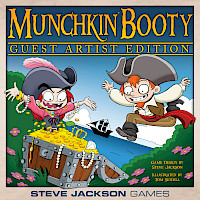 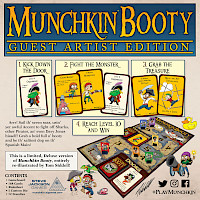 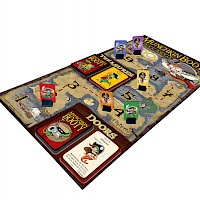 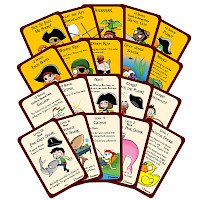