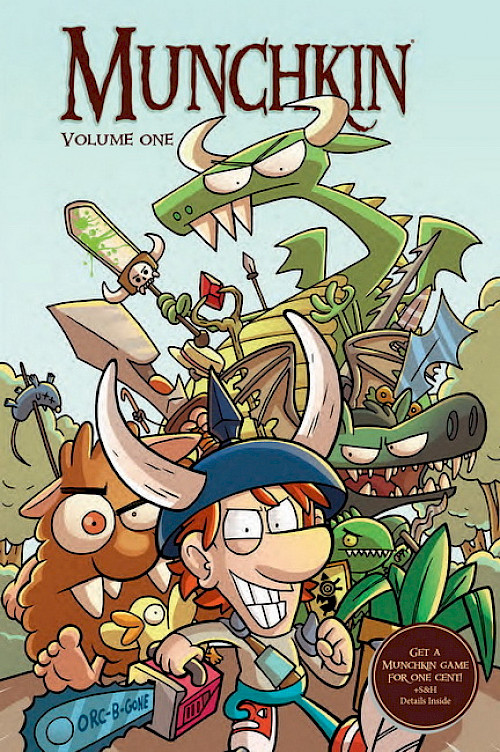 Kill the monsters. Steal the treasure. Stab your buddy.

Munchkin comes to comics! Munchkin takes place in a mashup of genres. Originally a satire of fantasy roleplaying, it has since taken on non-fantasy and non-gaming elements. Characters in Munchkin change constantly but never permanently. What do munchkins do? They play for the win. They are rules lawyers. They backstab. They gloat. They whine when someone else backstabs or gloats. Munchkins are emotional. Munchkins may be clever, but they are never wise. Munchkins have short attention spans. Munchkins may be brave in the face of awful odds, but they are even braver when beating up crippled goblins for their lunch money. If a munchkin seems to show mercy, it's because he was bored or distracted. After all, even stomping an ant helps you level up!

Welcome to the world of Munchkin. It's a laugh a minute, pal.

This trade paperback collects issues #1-4 and contains a special coupon code for Munchkin Loot Letter. While supplies last, get the game for only one cent plus shipping and handling! 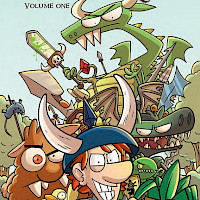 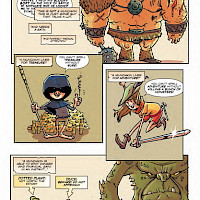 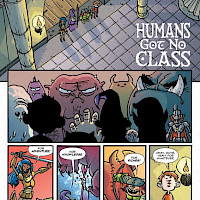 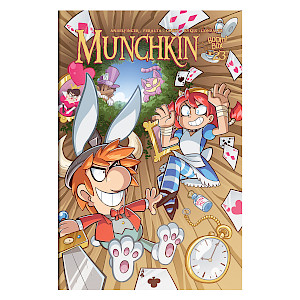 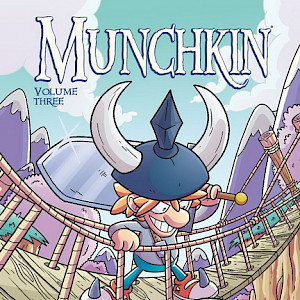 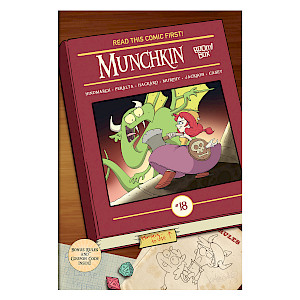 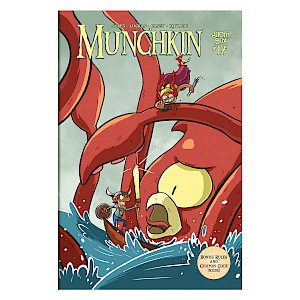 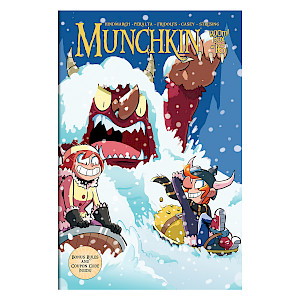 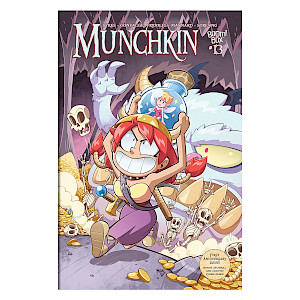 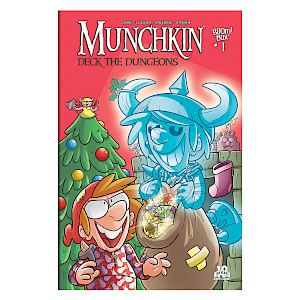 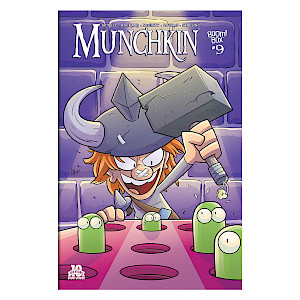 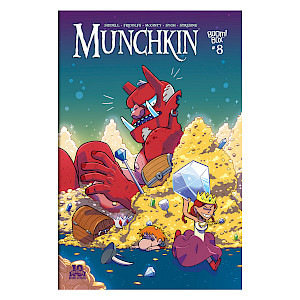 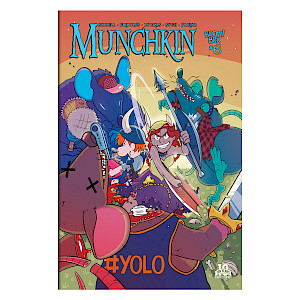 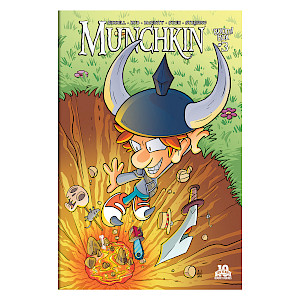 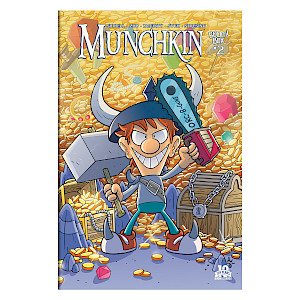