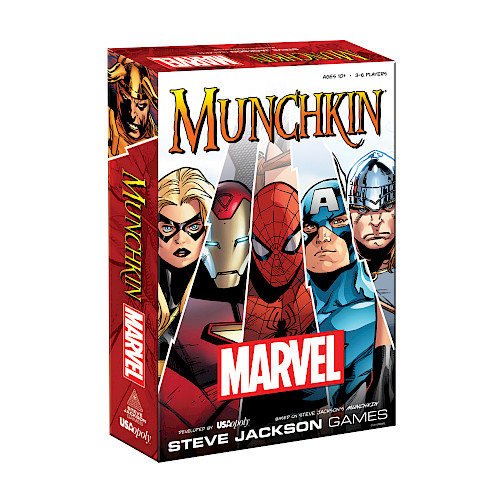 The Munchkin: Marvel Edition is an all-new Munchkin game that fuses the classic card game fun of monster-slaying and role-playing with the most iconic characters from the Marvel universe. Created under license from Steve Jackson Games and in conjunction with Marvel, Munchkin: Marvel Edition comes complete with Treasure and Armor and plenty of monsters to fight, plus Allies, Affiliations, Powers, and custom S.H.I.E.L.D. Agent Role cards, and is the perfect game for Munchkin fans who are ready for an epic Marvel battle!

USAOPOLY is a trademark of USAopoly, Inc. © 2016 USAOPOLY. Munchkin is copyright © 2001-2016 by Steve Jackson Games Incorporated. All rights reserved. Munchkin, the Munchkin characters, and the pyramid logo are trademarks or registered trademarks of Steve Jackson Games Incorporated and are used under license. Munchkin: Marvel Edition is © 2016 by USAopoly, Inc. All rights reserved. © 2016 MARVEL. 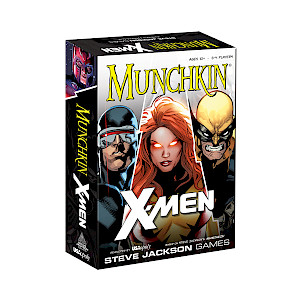 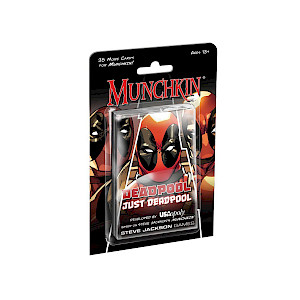 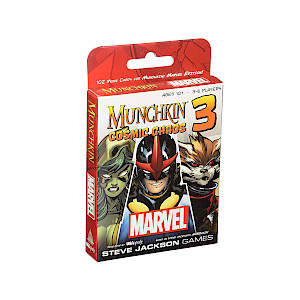 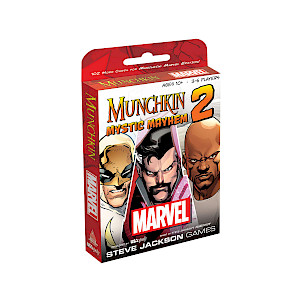