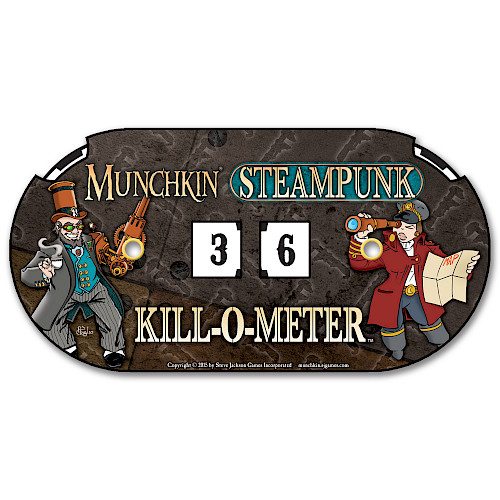 The best Munchkin fights are the ones where everyone plays cards to keep the levels bouncing up and down! But it can be hard to keep track. Now you'll never have to stop and recount again!

With the Munchkin Steampunk Kill-O-Meter, whenever a card hits the table, you turn the dials to keep track of your new total. You don't have time to stop and count when you've got science to do . . . 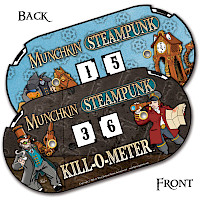 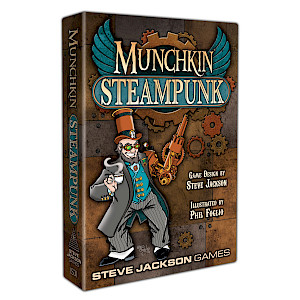 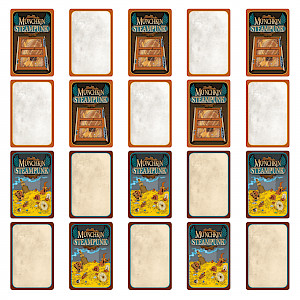 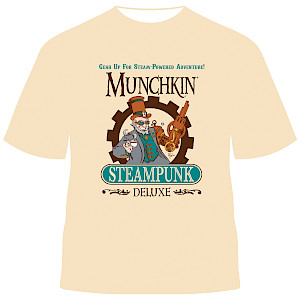 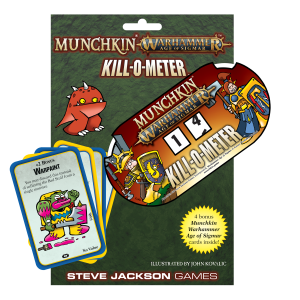