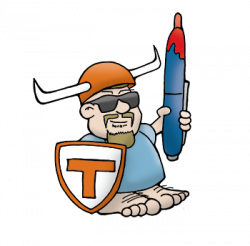 Ten years seems like a long time when you're at the beginning.

In January 5, 2009, I returned to Steve Jackson Games in my new role as . . . well, we hadn't actually named my job yet. (We settled on “Munchkin Czar,” which had the advantage of not already having a set meaning so we could make it whatever we ended up needing. Nowadays, I go by the more standard “Munchkin Line Editor,” because sometimes I have to have meetings with people who wear ties and don’t understand humor.)The way Phil characterized it was, "Steve needs someone to handle all the administrative stuff on Munchkin that's keeping him from writing more Munchkin games."

But let me back up. Some of you reading this may be stuck on that word "returned," unaware that this is actually my second time working for Steve. I started in 2000 with a brief stint as the promotional writer – about which we will say nothing else – and then four years on the editorial team, working mostly but not entirely on GURPS. I spent most of 2004 editing the GURPS Basic Set, Fourth Edition, working closely with Sean "Dr. Kromm" Punch and David Pulver. Having gotten the Fourth Edition out the door, I left in October, 2004, to pursue other challenges outside of gaming.

By late 2008, however, those challenges were no longer making me happy. I was itching to get back into the field, if Steve was willing to let me come back. It turns out that he was.

(Steve does this a lot, and I think it has strengthened Steve Jackson Games to have people coming back with fresh perspectives and new skills they’ve learned elsewhere. It's one of the things I wish more people realized about SJ Games – it's a place many of us want to come back to, and many of us have been lucky enough to do so.) 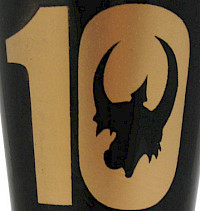 When I came back in 2009, Phil was clear: this was not a design or development position and I should not expect to be writing much content for Munchkin, if any at all. That lasted maybe a month. In 2009, we had two big projects: republish all of the original fantasy Munchkin sets with full-color art and launch our new line of foil-wrapped booster packs. Since we were effectively relaunching Munchkin, we took the opportunity to clean up a few things in the rules that were . . . I’ll say “weird.” The thing is, Munchkin was never intended to be a huge line – it was a fun game that we thought might spawn an expansion or two. If we’d known when we started what Munchkin would become, we might have been more rigorous in how we wrote some things. Live and learn.

By the end of 2009, the first few color Munchkin sets had gone to print, with those revised rules, and we had already released the first couple of booster packs on shiny foil paper that caused its own set of problems. More important for me, however, was that I’d gotten my feet wet, or at least damp, on the design side, and there was no looking back after that. When it came time to write Munchkin 8, Steve and Phil trusted me with the job, and from there, I’ve written more expansions, several Munchkin core games, and even some stand-alone games such as Munchkin Treasure Hunt.

Equally cool, however, is that I’ve gotten to travel a lot to meet thousands of Munchkin fans across the world. The last ten years have taken me to Germany, the United Kingdom, Canada several times, and even Australia. At every stop, whether across the planet or right here in Austin, I’ve met great people who take the time to tell me how much they love Munchkin. It is one of the best parts of this job, and I’m pleased at how many of these people have become my friends.

To all of my old and new friends, whether you’ve sat at a table with me over a Munchkin playtest or just came by a convention table to say hello, thank you. You’re the reason I’m able to keep doing this job. Ten years seems like no time at all, and I’m eager to see what’s waiting in the next decade.