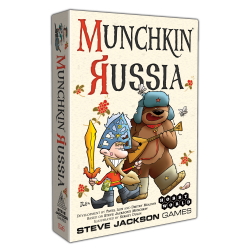 Munchkin Russia ­– Winter is Coming (to the tabletop)

Gather ‘round, comrades, and prepare for a Slavic free-for-all in Munchkin Russia, coming this fall! In addition to being a fun and funny Munchkin game, Munchkin Russia is the first original Munchkin game developed by one of our translation partners. Hobby World, the largest board game publisher in Russia, told us they wanted to create a game based on Russian culture and mythology, both historical and modern. We said “da,” of course, and we will have an English version of the game in stores this year. Want to know more? Quit Stalin and read on. (That pun is for you, AH.) 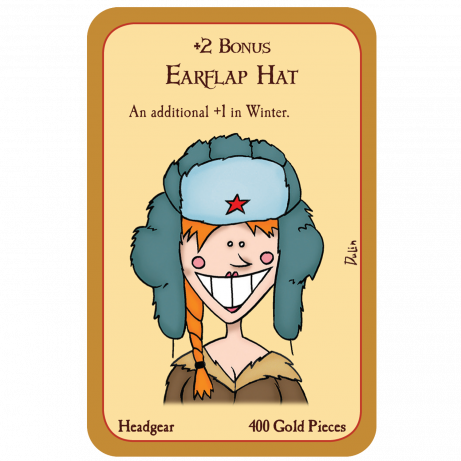 Having been created by Russians (designers Pavel Iliin and Dmitry Moldon) for Russians, the game is packed with authentic Russian characters and tropes – so much so that we had to do a lot of googling to keep up with the references. Not every in-joke needs explanation for the game to be enjoyable, but it’s worth your while to read up on the background. You might learn something new. For example, one of the Wishing Ring cards and the Golden Fish monster card are both references to a poem written by Alexander Pushkin, based on a fairy tale by the Brothers Grimm.

The monsters in this set are drawn from Russian culture, some modern (Debt Collector, Troll Factory, Eurovision Singer), some historical (Rasputin, Chekov, Napoleon), and some from fairy tales or legends (Baba Yaga, Three Brown Bears). You never know what you’ll find when you Kick Down The Door. You may end up in combat with Chort (the devil), Yermac (the conqueror of Siberia), Dead Morose of Winter (a pun on Ded Moroz, the Slavic version of Santa Claus), Viy (chief of gnomes), or the Gorynich (a Slavic dragon). 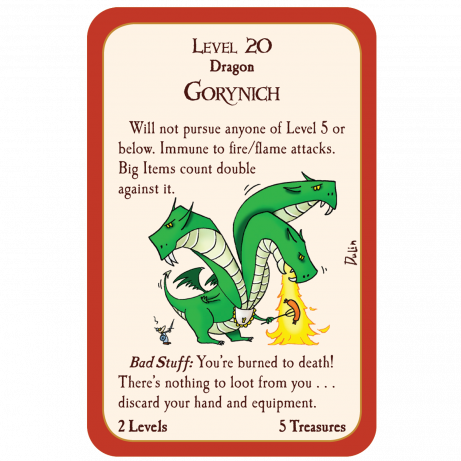 The Treasure cards are full of setting-specific weapons such as Cossack Shashka (a Russian saber), the Needle (represents the death of an evil character), and Lenin’s Lamp (used in propaganda to link science to a political agenda). The deck is also sprinkled with Russian aphorisms, including “Get your Sleigh Ready in the Summer,” “Paint the Parade Ground Green,” and “Shoe a Flea.”

Illustrator Sergey Dulin (Spyfall, Furnace) did a superb job of giving the art that distinctive Munchkin look while bringing Russian tropes to life. 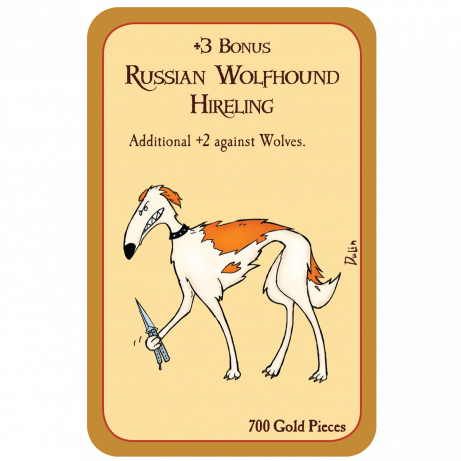 In addition to the new setting, Munchkin Russia has several new game mechanics that will add a special twist to your game nights. 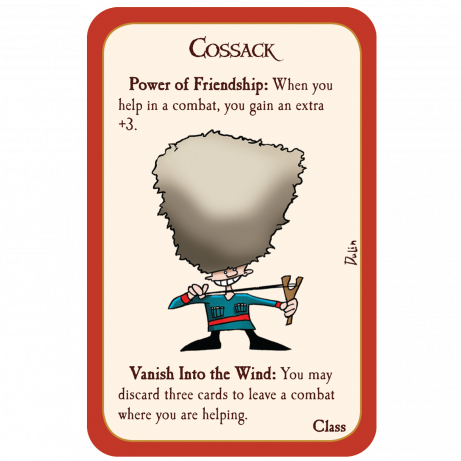 Classes in each Munchkin game are tailored to the setting; in this version, they are Cossacks, Oligarchs, Athletes, or Hackers. These cards give you appropriately Russian advantages – the Oligarchs get first pick of any Charity cards, for example. 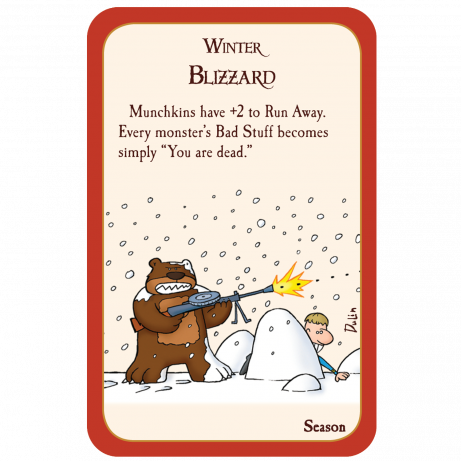 Seasons are a new card type exclusive to Munchkin Russia. When you draw a Season card, it goes in the middle of the table and its rules affect all players, and some monsters and Items, for better or for worse. Every time a new Season is played, it takes the place of the old Season. Of course, there are more cards for Winter than any other Season; this is Russia, after all! 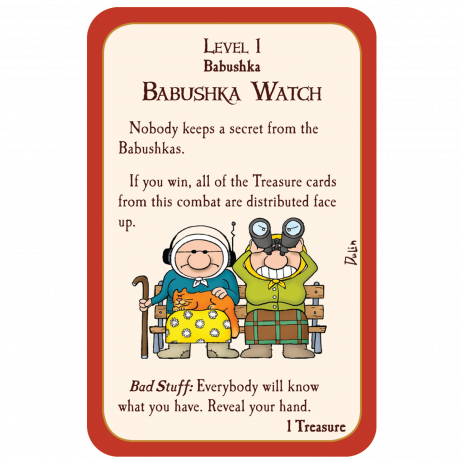 In addition to the classic Munchkin grouping monster type, Undead, Munchkin Russia also has Dragons, Wolves, and the most feared of all, Babushkas! If you are fighting a grouping type of monster, any monster of that type may be added to the fight; without warning, you could be set upon by a family of Dragons, a Wolf pack, or a gang of purse-wielding grannies. You can try to bribe ask for your comrades’ help, but they might decide to stay out of it and cheer on the Babushkas as they go for the kill. 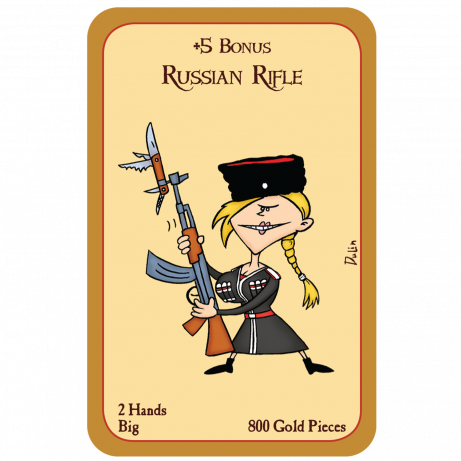 Our druz’ya at Hobby World are already working on their next original licensed Munchkin game, this time with a third-party property. (We can’t reveal the title yet; the KGBirds might be listening.) We’ll declassify the information as soon as it’s safe. In the meantime, get to your friendly local game store and order Munchkin Russia!