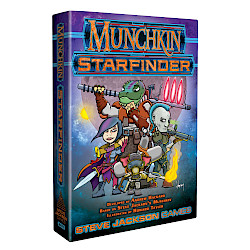 This week is a little bit of a different update from the others we've done so far. The Starfinder Roleplaying Game includes three new classes that happen to share names with classes we've already done in other Munchkin sets. Rather than leave them out of Munchkin Starfinder, we decided to go ahead and reuse the names . . . which left the problem of whether to have the same abilities or not, even if those abilities don't 100% make sense, or to replace some or all of them with more Starfinder-y options. 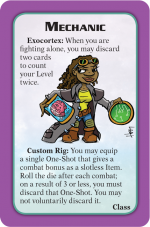 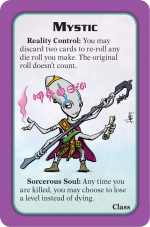 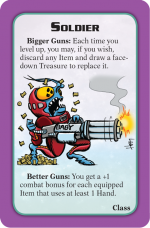 In the end, we have one card that's exactly the same (Mystic), one that's entirely new (Mechanic), and one that splits the difference (Soldier). Click each one to see a larger version of these three new-but-not Munchkin Starfinder classes.

We have THREE Munchkin Starfinder updates to go! Check Munchkin News every Monday to see what we're talking about.